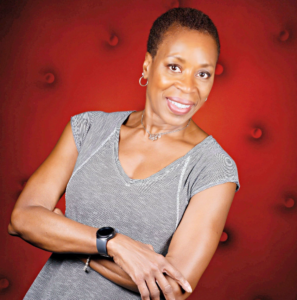 I have been very active this year in every way. I am leading the programming aspect of a new indoor cycling studio and the challenge in this project is extremely stimulating. So far it has taken me to several cities looking at cycling studios with outstanding design. I have traveled to Colorado, California, New York and Minnesota in pursuit of discovering the best studios in both design and programming.

Dancing with the Giordano Stars was amazing!

The big fundraiser for Giordano Dance Chicago was flawless.  I reached my fundraising goal and my dance partner Adam Houston was such a pro!  I would love to do this again but hopefully someone else next year will get to feel this joy and help enrich the lives of Chicago youth!

I am Dancing with the Giordano Stars 2018! 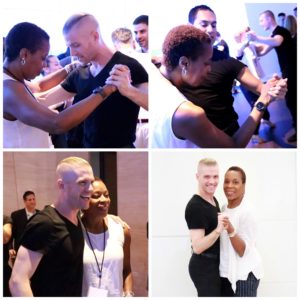 Remember Jazz Hands!!
I am very excited to participate in Dancing with the Giordano Stars 2018 because the performing arts bring so much joy. Without private support I fear there won’t be enough artistic programs available to the world and therefore we will all miss out on receiving the inspiration and enrichment that the arts provide.
The dance company has purchased the historic Hermon Baptist Church Building and will renovate and restore it as the new home for Giordano Dance instead of demolition. This is a historic building and I am proud to support this effort.

The front of the 19th century structure would be visible behind the glassy walls of a new bKL-designed building. 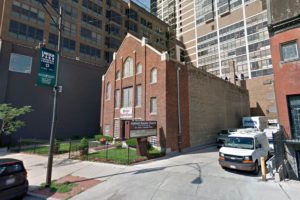 Your contributions will help the project and the performing arts! Help me reach my fundraising goal at: https://www.mightycause.com/st…/Aidajohnson-Rapp-Dancing2018

A story about love, faith and resilience 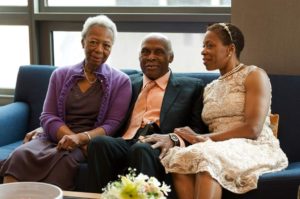 My parents, Aaron and Mattie Johnson to Chicago from Jim Crow South in the 1950’s along with thousands of other African Americans to escape oppression and racial terrorism.  In Chicago they found decent employment and got a mortgage despite redlining which is the practice of arbitrarily denying or limiting financial services to specific neighborhoods, generally because its residents are people of color or are poor. My parents believed in hard work and sacrifice and got the mortgage.

As a child growing up I didn’t know we were poor or even how bad my North Lawndale neighborhood was and would become because my parents enrolled me in dance classes at Ms. Water’s basement school of dance, sent me to a private Catholic school, had a Hammond organ in our house and took organ lessons, studied ballet at the Russian Allegro school of ballet, went on regular vacations, ate at restaurants on special occasions and always had the unconditional love and attention of both my parents.  Despite the fact that my neighborhood was burned to the ground as a result of two years of race rioting in the late 1960s I was surrounded by a network of family, teachers, and friends who led me to believe that life is full of possibilities.

My dance lessons allowed me to travel around the world performing eventually becoming an NBA cheerleader, in between I rocked the fitness world from the 80’s to the present day, teaching and managing in the fitness industry.  For 4 years, seven months and 9 days, I served in the United States Army.  I decided I would use the military as a way to search for life’s meaning and explore life beyond dance and fitness.

And yes, that is what my military service provided.  While in the military I finished my college degree, traveled Europe and when I returned stateside I was able to blend the creativity of my years as a performer with the discipline of my military training to organize festivals and events for the City of Chicago with the Mayor’s office of special events and now I am a senior manager for the largest private recreation facility in the US and yes still dancing.  I live in Chicago, the 3rd largest city in the US and because of my belief in life’s possibilities after 20 plus years of single life I met and married Craig Rapp. I will always be grateful to my wonderful parents, Aaron and Mattie Johnson for your unconditional love, faith, life lessons and support.

Watch and listen as I tell a story about an incident that I will never forget on one of our family road trips to Georgia. 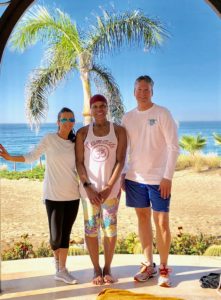 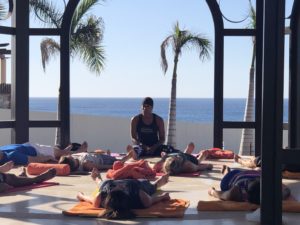 Well another successful teaching vacation at Secrets in Los Cabos San Jose Mexico. So much fun and I loved teaching beginner level yoga classes for 2 hours every morning. I even received applause from the participants. Advanced yogis even enjoyed the class and I finished each session with a two minute guided meditation. Click on the video to check me out!!

Myself – Always a work in progress!

I have been doing My Lifebook Online.  I love working on improving my outlook on life.  My video is a quick snapshot of what I discovered that i want to achieve in the category of health and fitness.

Chicago is a city with less than 160 days of sunshine.  So what’s a sun loving woman to do!  Well I try to get out and about and especially  do my favorite thing – dancing!!

My husband and I had a great opportunity to attend the Giordano Dance fund raiser this month.  It was so much fun and the dancers in the company have so much spirit. It was contagious. 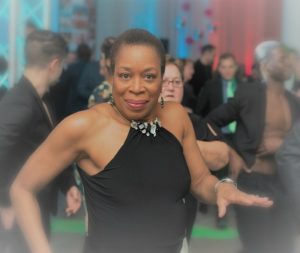 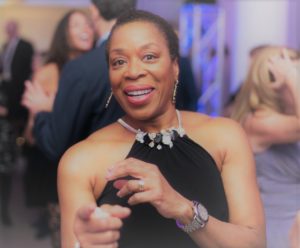 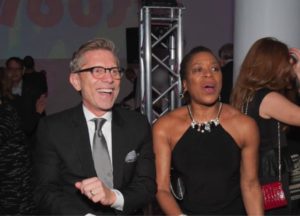 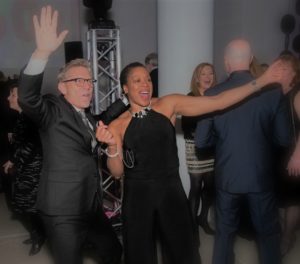 Well I completely missed posting in December.  I had a miserable cough that left me quite weak and of course it turned out to be a very busy month.  I traveled to New York to look at a new Indoor cycling workout by LesMills called “The Trip”.  Very cool.  Here is a video of my favorite section:

This certainly changes the concept of being on a bike going nowhere fast!

An Amazing Adventure in Self-Improvement 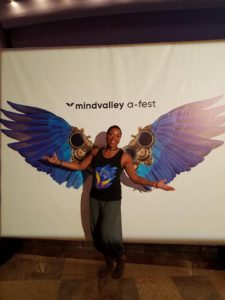 From November 8-13, 2017, in Montego Bay, Jamaica, I attended Mindvalley’s A-Fest for the first time.  This was an amazing experience and just what I needed to get my juices flowing.  I am excited to give and express more compassion and love to everyone around me.  My love for my husband Craig is deeper than ever because he gave me the space to take a deeper dive into self-improvement awareness and development.

I am also excited to become more involved in my community of instructors and fitness professionals.  I want to share the tools and inspiration that I gathered at this event.  Servant leadership is the key!  I also put together this video the day after I got back home to clearly document my excitement:

Check out these amazing videos and you will understand how and why I feel transformed!

Dancing is good for my soul!

A moment of pure joy!