The location is excellent for renters looking to experience the vibrant dining scene of Chicago’s new food capital, the West Loop. Nearby restaurants are among the most celebrated in Chicago, and there are green spaces to explore within reach of this roomy West Loop apartment.

Qualified applicants have the ability to renew the lease with the management company, Rockwell Properties. 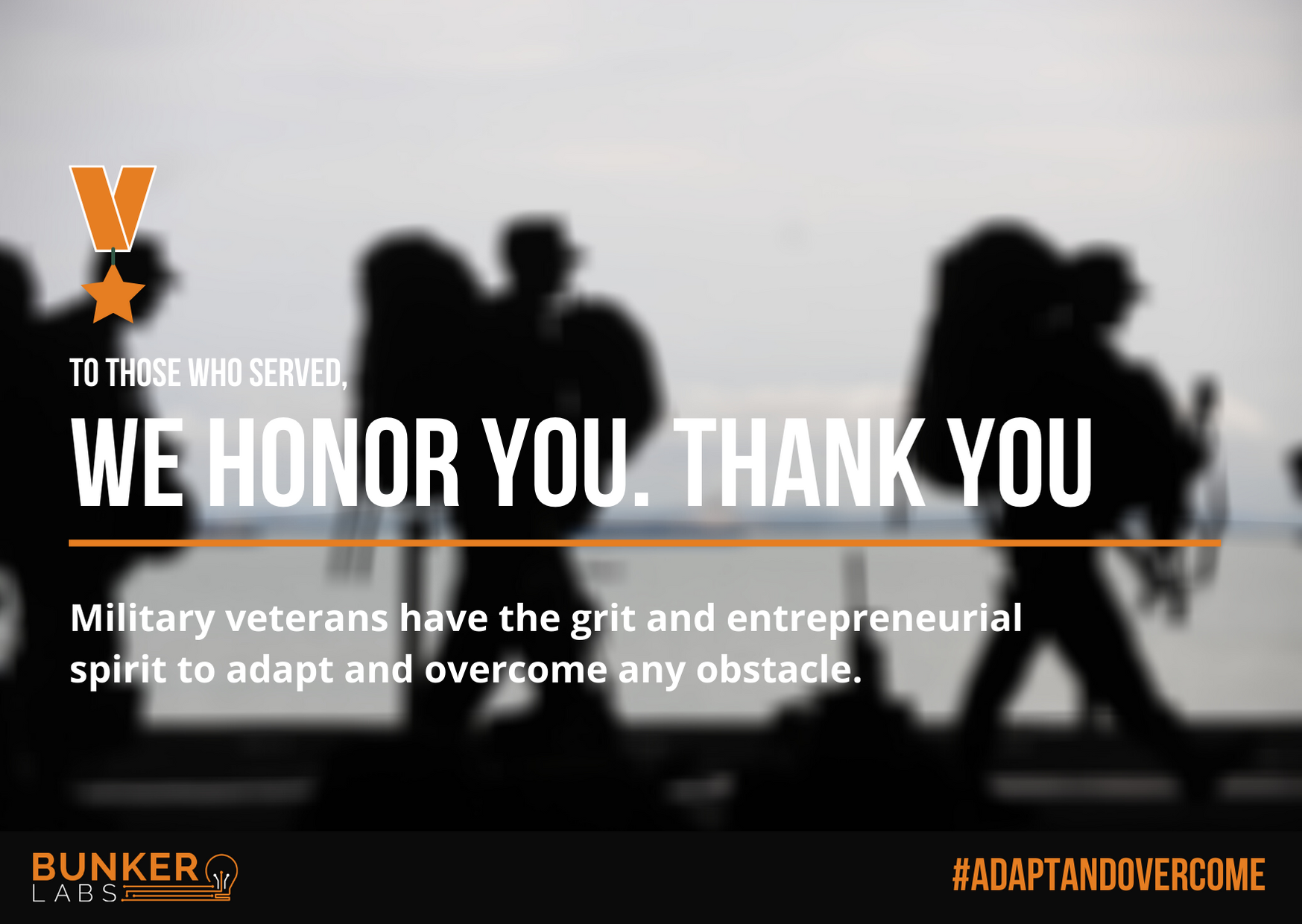 It’s Veterans Day, a time to honor those who served

This year has been unlike any other for entrepreneurs and small business
owners. One thing remains the same, however: Military veterans have the
grit and entrepreneurial spirit to adapt and overcome any obstacle.

Another Year In Review

I measure my year from June to June because June turns out to be so full with milestones – anniversaries: wedding and work, birthdays: mine and Craig’s and then Father’s Day. Here is a look back at 2019-2020 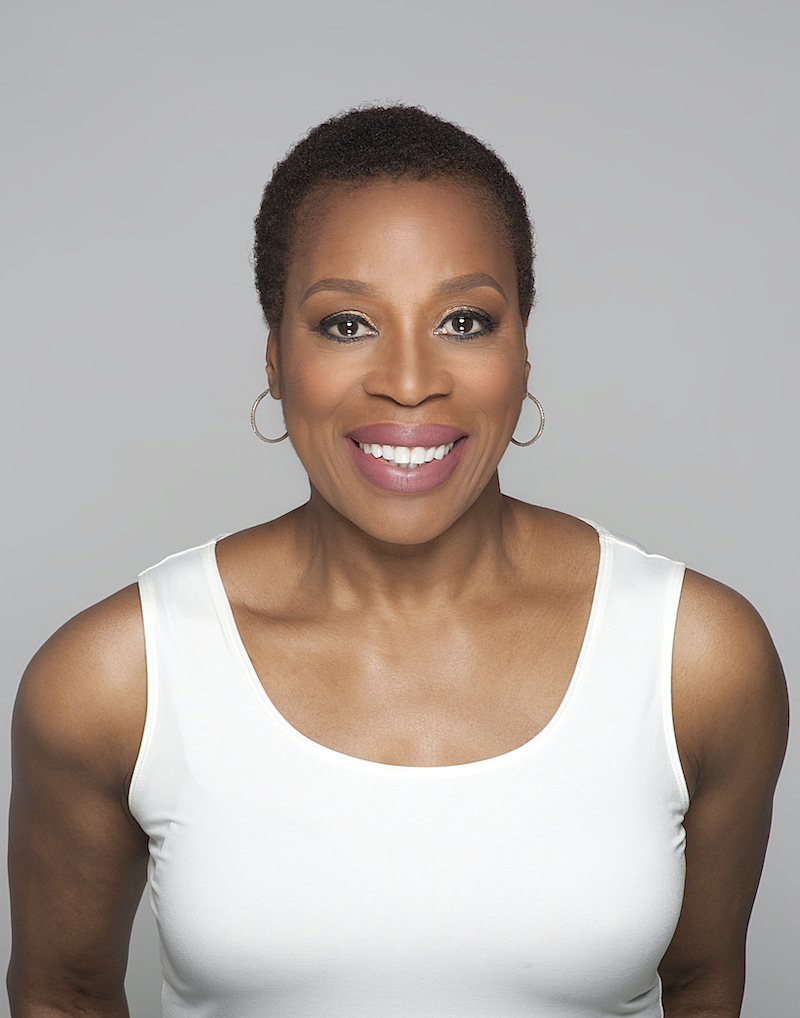 Aida Johnson-Rapp is a Master of Arts Management graduate student. Below, she shares about her Graduate Manifest project submission as well as the impact Columbia College Chicago has had on her career over the years.

Congratulations on graduation! Your connection to Columbia College Chicago goes back several years. What first brought you to this school?

Back in the late nineties I lost my brother to ALS and just needed to take a break from working full-time.  I have spent many years in the fitness industry, and I had been very involved in musical theater and dance.  The break I needed was to manage my grief and get back to things that gave me a lot of joy, which was performing.  I had been…. 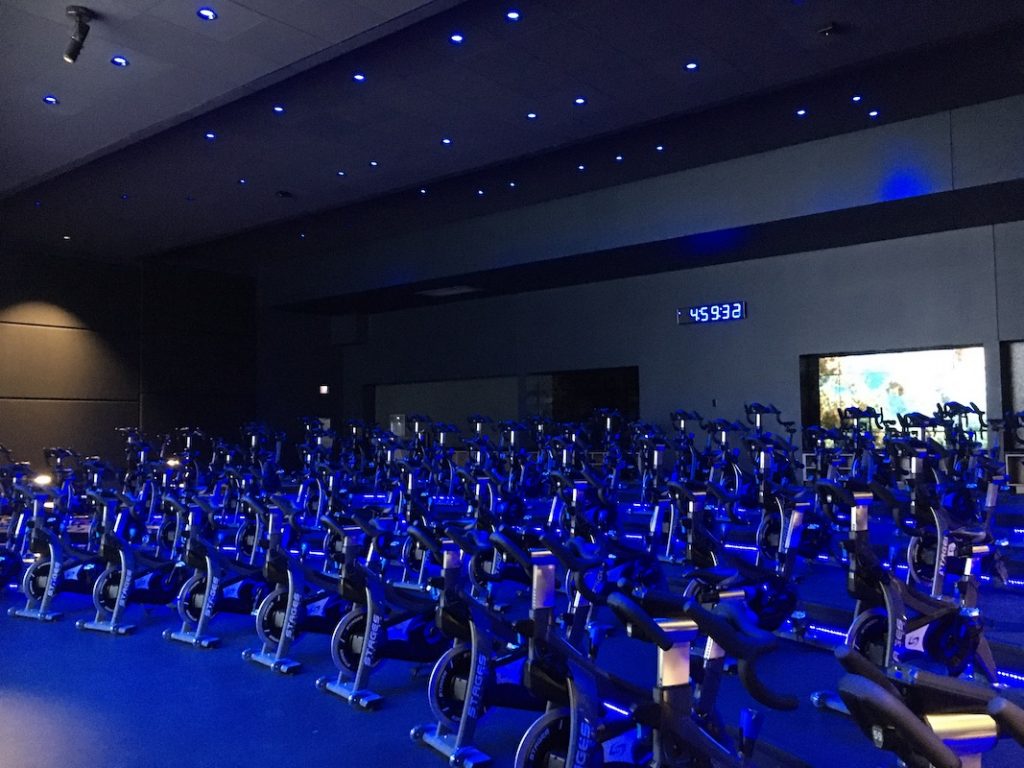 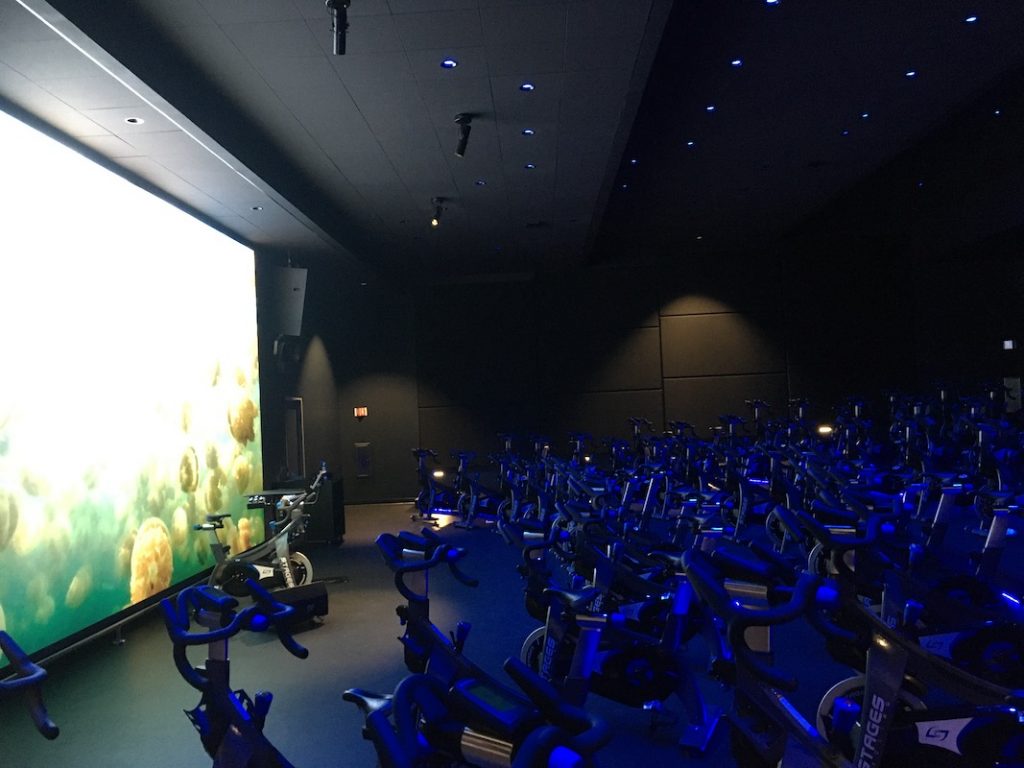 Thoughts on Race and Destruction

The Coronavirus shelter in place order for Chicago began on March 17, 2020 for me, my mother and my husband as it did for millions of other Chicago residents. This morning the feelings of isolation and loss of control over our lives intensified when I realized that we would be unable to move freely throughout our downtown neighborhood because all of the bridges for the Chicago River were raised to restrict access to last night’s protestors.

I grew up on Chicago’s notorious Westside, North Lawndale community in the area better known as KTown because for eight consecutive blocks the street names began with the letter “k”. My parents, Aaron and Mattie Johnson migrated there from Jim Crow South in the 1950’s and got a mortgage despite redlining which was the practice of arbitrarily denying or limiting financial services to specific neighborhoods, generally because its residents were people of color. My parents believed in hard work and sacrifice and managed to get an over-priced mortgage despite the many obstacles placed in their path.

As I grew up, I didn’t know we were poor or even how volatile the neighborhood was and would become because my parents provided my brother and me cultural experiences away from North Lawndale. They enrolled me in dance classes at Ms. Water’s basement school of dance, sent us to private Catholic schools, had a Hammond organ in our house and I took organ lessons, studied ballet at the Russian Allegro school of ballet, went on regular vacations, ate at restaurants on special occasions and always had the unconditional love and attention of both my parents. My father worked two jobs and my mother worked days at a factory. We never had sitters, they were always there for us.

In the late 1960s blocks of businesses and homes in my neighborhood were burned to the ground as a result of two years of race rioting. As devastating as this was, I was surrounded by a network of teachers, family and friends who led me to believe that life is full of possibilities and that I could rise above the low expectations of people who only saw the color of my skin.

Today I live in Chicago’s Loop and buildings have been burned, damaged and destroyed by protests over the recent murders of George Floyd, Ahmaud Arbery and Breonna Taylor. My husband commented that in my lifetime I have lived in two communities that had major destruction for the exact same reasons. My 95-year-old Mother commented that she thought all of this was behind her. I wondered if she meant her youthful experiences with the legalized terrorism of Jim Crow South or the poverty, desolation and destruction of North Lawndale, a community where there are still empty lots from buildings that were destroyed 52 years ago during the sixty’s riots.

I have lived my 66 years with the values that my parents taught me. They taught me to value education and respect all human beings. These values have given me the strength to face the challenges and obstacles of being black in America without malice or resentment. Yes, I have experienced unjustified traffic stops. I have been called a Nigger. As a child I had to use a bathroom labeled “colored” before the Civil Rights act of 1964. I have been followed in stores by sales people and there are many more incidents to name but again because I have been given the gift of hope and resilience by two people who loved me unconditionally, the ignorance of others who don’t value my humanity has not deterred me from living a meaningful life.

When I look at the current destruction around the country it is only property that can be replaced and rebuilt. Compare this to hundreds of years of enslavement, lynching, segregation, disproportionate imprisonment, discrimination, injustice and untimely deaths of black and brown people that has been the story of our lives for our entire existence in America — despair and hopelessness and the fear that the lives of black and brown people don’t matter regardless of how hard we work to prove how much we care about America. The emotions that are spilling into the streets by these young people are the results of their belief that this is the only way anyone will see their pain and listen to them. They want equality and the ability to put their fears of injustice behind them. They want the “privilege” that is afforded to all Americans. Many of us have done everything we can to prove that we are enough. We earn advance degrees on every academic front. We have served with honor in every American conflict. We contribute in groundbreaking ways in all areas of this society that we live in. We sit on boards, are presidents of companies, live in two parent households, raise our children to be good people, pay our taxes on time and on and on. Yet we are still struggling to feel that we have been fully recognized as Americans deserving of all the rights and due process afforded to white citizens.

There are endemic underlying issues that led to the behavior and frustration seen in today’s protests. Calling people “thugs” is not the answer. I believe that we can get to place of peace, but the dominant culture must look at the systemic discrimination that is deeply rooted in America. Together we must eliminate disparity and inequities in healthcare, housing, employment, education and access to capital. Additionally, there is a prevailing unconscious bias towards black and brown people held by many in the white community. Clearly not all white people carry this bias, half of my family is white, and I love them dearly. My fervent hope is that white people work to change white people. Purposely seek and create diversity among your friends, in your businesses and when you see/hear discrimination and bias, don’t let it pass. Call it out and correct it. Black Americans are exhausted with trying to prove that we are enough.

I am lucky to have had my parents. In fact, I still wonder how they endured the discrimination of the rural south and segregation in Chicago. Their strength of character has been my model for living and my foundation for staying the course. I am sorry for the violence, destruction and loss of property we are witnessing today. I wish that it was not happening. However, things can be restored and replaced. Dignity, hope, compassion, respect, safety, prosperity, justice, equal opportunity and the promise of a long life are basic needs that is the right of every human being and yet the full realization of these needs continue to be out of reach for black and brown people.

Improvisation to improve your communication

What do Saturday Night Live and The Second City Improv Theater have in common with successful people and organizations? They follow the same core principles! Authenticity, listening,collaboration and fearlessness are just a few of the common attributes of successful “Improvisers” and high-performing people.

Here are some of the benefits and lessons to be gained from practicing Improvisation:

To learn to listen; hearing what is being said in order to understand and respond appropriately

To live in the moment

Rather than being devil’s advocate, say instead “Yes, that’s an interesting idea and I have another!”

Mistakes are gifts—own them, don’t correct them but keep going, keep the flow and acknowledge it without apology

Approach each communication and moment with an attitude of “today’s the day!”

Be confident! Like a pilot walking through an airport

Don’t have a planned end

“Yes, and”—accept and build upon

Listen to understand, not to respond

Improv summed to one statement: “Yes, and…”, love, and have fun!

This month we spoke with Aida Johnson-Rapp, the director of group exercise at East Bank Club about indoor cycling.

Describe your indoor cycling studio and program — what are the highlights?

AJR: We undertook a major renovation and reprogramming of our indoor cycling facility and offerings, which launched in November. The new studio features a 23- by 14-foot, high-resolution, LED video wall; multi-color lighting programmable to match ride intensities; customized sound design with nightclub-grade acoustics; and much more. The studio also has all-new Stages SC Series bikes. These best-in-class bikes offer a smooth ride with a feeling of inertia that simulates an outdoor ride unlike any other bike on the market. The bikes have an adjustment system for quick and easy position adjustments, and a shifting system that enables instantaneous macro-level resistance changes to add or drop resistance quickly. The bikes are compatible with both SPD and Delta clips, as well as standard athletic shoes.

What tips can you share for creating a great indoor cycling offering?

AJR: Provide extensive training to instructors to enable them to wow members. Create class formats that have broad appeal for a varied member demographic, such as rhythm/music choreographed rides; metrics/data-driven performance rides; fusion rides with core and mobility work; quick rides (30 minutes); entertainment-based rides with music videos; and themed rides, such as 80s, holidays, or a live DJ. Lastly, create an environment that is aesthetically appealing and user friendly.

Say I’m building an indoor cycling studio from scratch. What should I keep in mind?

When it comes to indoor cycling programming, what are keys to success?

AJR: I would say the key to success is to create programming where members can measure their progress. Sometimes the metrics on a console can become too repetitive. Offering programming with gamification aspects, such as Myzone, Stages Flight and more, will keep participants coming back because they have engaging measurement tools.

Rachel Zabonick-Chonko is the editor-in-chief of Club Solutions Magazine. She can be reached at rachel@peakemedia.com.

A year in review

I now measure my year from June to June because June turns out to be so full with milestones – anniversaries: wedding and work, birthdays: mine and Craig’s and then Father’s Day. Here is a look back at 2018-19